Is alcohol impacting your relationships? Are you even aware that you or maybe someone in your circle is suffering from some form of addiction? You may not be. For instance, drinking has become such a big part of our social interaction that sometimes we don’t realize how much we or those around us are consuming on a regular basis.

I have witnessed people struggle from various forms of addictions in both my personal and professional life over the years and to say it’s tough to see people you love and care for suffering is an understatement. Addiction of any kind can affect our life, our love life and our relationship world in general. Addiction is not only about us, but it’s also about everyone surrounding us; our friends, spouses, children and coworkers.

Anne Elizabeth Lapointe: “Every alcoholic affects between four to ten people in their close environment. That’s a lot of people that can be affected…”

Many people are dealing with a third party in their relationships…alcohol. They say three is a crowd and there are no exceptions in this case…

Your beloved comes home from a long day at work and pours themselves a drink to help “wind down” from the day. One becomes two, two becomes three and then the “hard day” becomes a hard week. If there is an event on the weekend that means more drinking…This pattern can go on for several months turning into years of alcohol consumption.

Eramelinda Boquer: “Alcohol in moderate amounts could be okay but unfortunately it is one of those crutch issues, one of those things where you can get on it and then it just takes over. I very sadly was involved with two men who used it as a crutch and were severe alcoholics and the destruction that it does to that person, to them and to people around them cannot be lessened.”

Alcohol can have a huge impact on one’s relationship and the dynamics on the home front. Addiction gradually changes the energy, conversations become arguments, the desire to interact is a source of stress creating gaps of disconnect and discontent. Often, the person who’s drinking becomes more impatient, aggressive and irritating to be around creating more and more distance in the relationship.

What do you do? How do you handle this situation especially when you love the person suffering from this toxic drug? Where do you turn to?

Anne Elizabeth Lapointe: “The foundation and the treatment centre is thirty-five years old… we’re always concerned about what we can do more to prevent these people from getting into rehab…we decided to start at the beginning… with teenagers…tomorrow’s adults, so we decided to go and meet with them in school exactly at the beginning of high school because that’s where it happens…we decided to put together a workshop and started meeting with the children in schools and the demand was overwhelming… there was no money coming from the government so the foundation had to do something to raise money, which is why the 28 days challenge is good for anyone who does it but also the money that we’ll raise will be so that we can keep on meeting with our teenagers and preventing them from becoming problematic drinkers.”

Eramelinda: “For me, I really like the idea of the challenge, the clarity that you have, you realize that it’s just a very common thing in our society…You go for a drink when you go to a dinner party, have a drink but then you think is it becoming something that I need as opposed to something that I want? …I think that’s why the 28 days sober challenge is such a great idea…”

Stephanie Harvey: “For me, I never thought that alcohol was a problem in my life…I am more of a binge drinker…I would exceed drinking in one night…it still made me feel hungover for two nights…you get a high and then a low… I was sober two years ago, I did this before and I wanted to do this challenge for myself…” 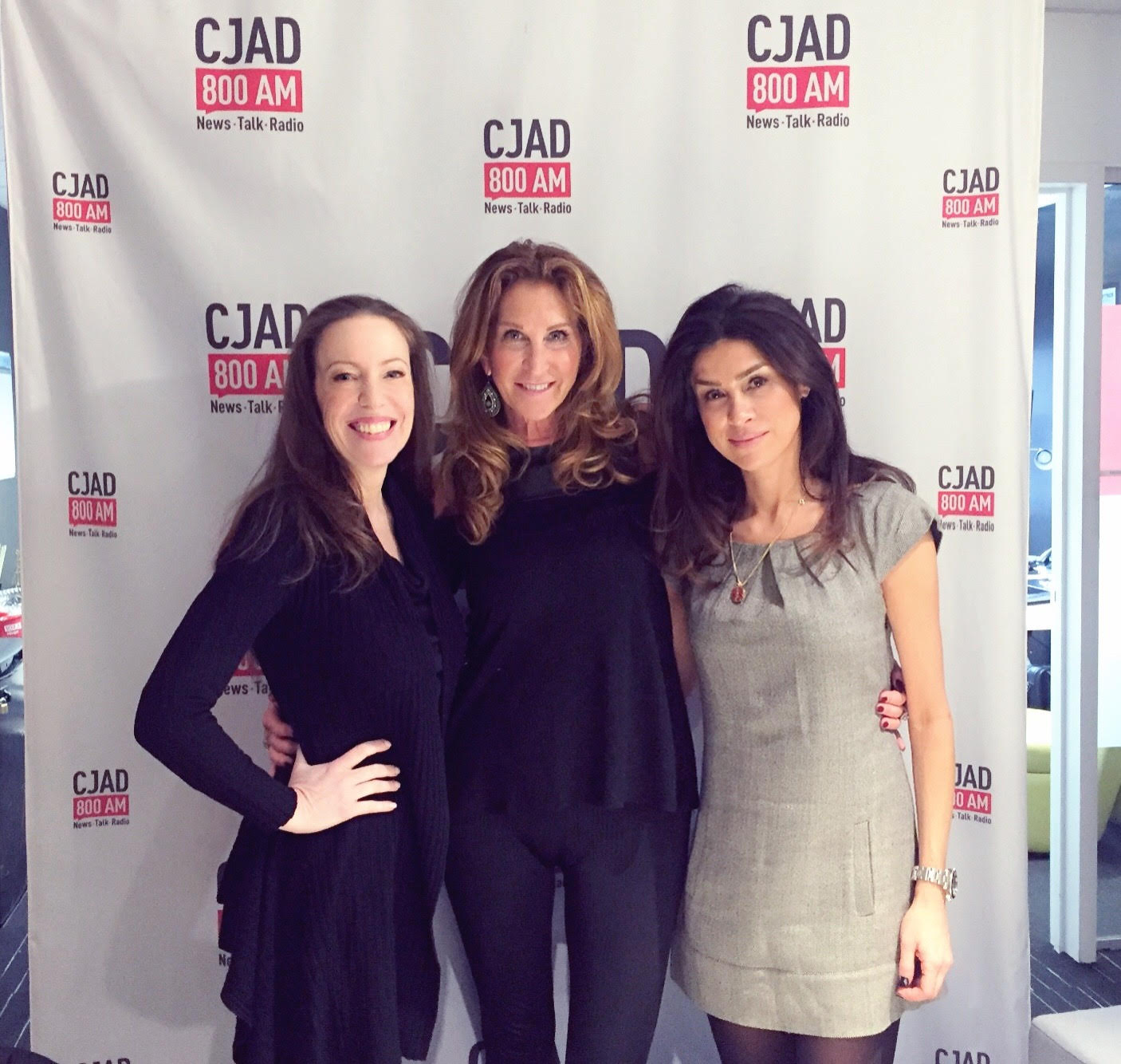 Anne Elizabeth: “As a society…it is good to question our own drinking habits…a lot of people will not drink the whole week and only during the weekend but then have a lot of drinks in one evening …and that is one way of drinking and perhaps becoming a problem drinker and that’s what we see in treatment as well… a lot of people who are binge drinkers take longer to come to treatment because since they don’t drink every day, they have a false belief that if you don’t…you’re not an alcoholic. But I think once you question your habits and you realize that you cannot go one week, one day, one month without drinking then perhaps it is time to take a break and see if you’re able to go without drinking and the 28 days challenge is perfect for that. It’s an opportunity to see whether or not you have a problem with drinking, what is your relationship with alcohol and at the same time …the money raised will help children get educated ….”

Cheryl: “Education is everything in life…good leaders create other good leaders…”

Who doesn’t enjoy a dry Martini or a big bold red but there is often a message we send out to the community and more importantly to our youth that social events are better when there is a glass in our hand. WE have a responsibility as adults to set an example for our kids. Even in the dating world, the number one go-to activity is meeting for a drink.

Alcohol often numbs our senses and distorts the “real picture. At times we crack open a bottle to “relax” or reduce stress and on some occasions, we pop a cork in celebration while other times we drink just because…why not? The question is why the double or the second glass? The key is responsible, moderation and awareness.

If you’ve developed a pattern where the first thing you think of at 5 pm daily is a drink, let’s face it; you’re no longer a social drinker. It may be time to consider alcohol as being a crutch to handle the pressure of not only a tough day but a bigger issue!

If you enjoy a drink every now and then, make sure you’re in control. Creating a weekly ritual around drinking will eventually catch up to you. It may not be overnight, but keep drinking several nights a week and, rest assured that it will creep up on you!

In a survey, it was documented that there were over 600,000 Canadians addicted to alcohol and according to recent statistics, only one in ten seek help. I’m pretty sure that no one intends to become addicted and certain most would say it just happened somewhere along the way. You never know when that one drink is going to turn your use into abuse and your desire into a need. It is also staggering to know that addiction has over 4 million dollars in direct costs associated with it in Quebec alone and the “expense” on a life lost is priceless.

Cheryl: “My first time ever going two weeks without alcohol was with a retreat where I went to my first full week and physically…on the third day my body had completely shut down with detox and went into shock…I got very ill and I didn’t know what it was until they explained to me at the retreat that my system was indeed going through this whole manifestation kind of counterbalancing the fact that I had completely changed my regular routine…”

How is your relationship with alcohol?  Are you aware of all the consequences that overindulging in any type of substance abuse will have on your body, mind and soul?

If you are concerned about your intake, I have a suggestion. How about joining me for the “28 days sober challenge” starting February 1st? Find a moment this week to objectively look at your drinking habits. Have you formed a pattern around drinking?

Cheryl: “It’s all addiction, whether you’re addicted to love, addicted to alcohol or any kind of substance and what it means in our relationship world…I am actually proud to say that I’m going to be an ambassador to the 28 days challenge which is part of The Jean Lapointe Foundation here in Montreal and Maison Jean Lapointe which goes into the schools and educates teens, our future adults on what drinking and over drinking can do and I am so happy to be the English spokesperson for this organization.”

The sober challenge is a daily interactive platform that walks you through the process. It is a real commitment that you make to yourself, not only for the sheer challenge and overall health benefit, but also to raise funds that directly impact our future leaders. Every $28 you raise provides 3 students access to the prevention awareness program.  Addiction is an important social issue that now plagues many teenagers with statistics showing 50% of teen suicides are substance related. This is YOUR opportunity to get involved, help educate young children and prevent them from developing addition by NOT giving in to social pressures.

SOBER IS THE NEW COOL!

Cheryl: “This is about our own health, the health of our children, our future adults but also the health of the relationships around us…”

Balance is the key to any great relationship so why not keep it as a foundation to our relationship with alcohol? Life is always about the choices we make. Choose to be in control of alcohol, making sure it’s NOT the other way around…CHEERS to that!

N.B: At present research shows that the consumption of alcohol in Canada has been declining slowly in recent years as individuals discover the benefits of Sober being the new Sexy!

If you need any help or my support in dealing with this topic or any other relationship challenges, please do not hesitate to reach out to me 1-844-744-SOLO and remember to Keep it Simple and Stimulating because we all know it’s all about the KISS.

Sign up for The Sexy Lifestyle monthly newsletter to get insightful tips, expert advice and updates on our radio shows, events and more.